First-time parents Jodie and Steve Marks have spent lockdown grieving for their son Henry who passed away just a few days after he was born.

Identical twins Henry and Adam were born on March 23rd – the day the UK went into lockdown.

Jodie was 33+4 weeks but went into hospital after experiencing lower back pain. 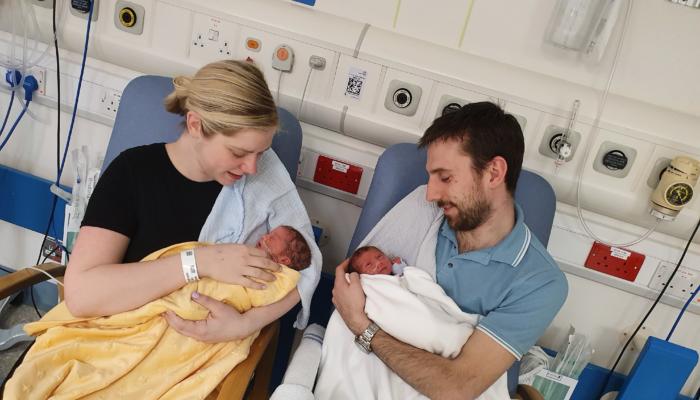 “We went into St James’s Hospital in Leeds at 2am and discovered I was 3cms dilated….just a few hours later I was 10cms,” said Jodie.

“I had a really positive birth experience using gas and air and Steve was with me throughout.

“I was pushing and everything was going well until Henry turned his head as he was coming out so they suggested forceps and I had an epidural in case they had to do an emergency section.

“I remember feeling surprisingly calm throughout the labour. The boys were both born with forceps and taken straight to the Neonatal unit. Adam was having a little trouble with his lungs and he was jaundice. Henry was doing well, even though he was the smaller of the two.” 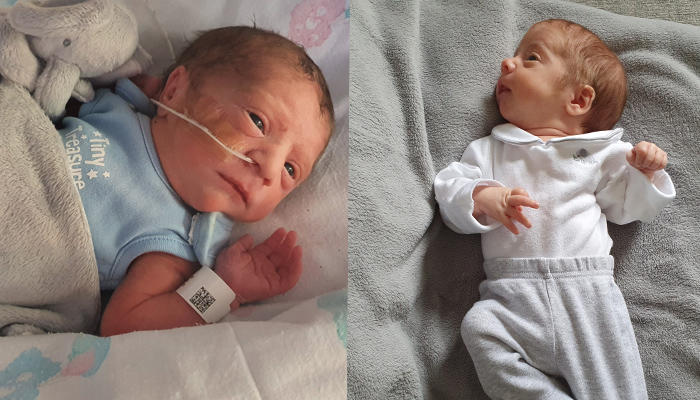 “Two days afer the birth they were moved to Harrogate hospital as they weren't deemed high risk enough to stay at St James's,” said Jodie.

“But on March 26 a nurse noted blood in Henry's nappy and he was transferred to Leeds General Infirmary ICU where they explained he had Necrotizing Enterocolitism (NEC).

“In the end it was my husband as I was expressing breast milk for Adam....

it was a horrible time, I just wanted to be with Henry.

“He had an operation and I couldn't be there, mum guilt went through the roof, I’m just so grateful that my husband was there.”

The operation went well but Henry got E-Coli Septicaemia and then became very poorly.

Jodie said: “On the day Henry passed away Steve went to Leeds General Infirmary and I went to Harrogate.

“We knew Henry wasn't doing well as we'd had phone calls throughout the night but were told he wasn't poorly enough to allow both of us onto the unit.

“Steve got into hospital at 6am and shortly after he arrived I got a call to say they were allowing me to come in, I knew then that it wasn't good. Henry passed away a little past 9.30am.

“My parents live in Somerset and Steve's parents live just outside of Leeds, the hospital allowed both sets of parents to visit so they could meet Henry and say goodbye.

“We held the funeral in Harrogate because Leeds weren't allowing any services. But Harrogate only allowed my husband, me and both sets of parents.

“It has been really tough, especially as we've not seen our parents since the funeral because of the lockdown.

“Thankfully my husband has been furloughed so we are able to look after Adam together and enjoy him whilst also being there for each other to grieve for Henry.”

Jodie and Steve are now at home with Adam and their chocolate labrador Brady.

“I'll admit because of lockdown we've not even begun to grieve, and with having Adam we are so busy."

We have good days and sad days but it has been a blessing and a curse to be left alone.

We have a bereavement support group for families who have lost one or more of their multiples, as well as extra support for all of our families during the Covid-19 pandemic.

Our support group exists to support all parents and carers of multiples who have experienced loss whether it was during pregnancy, at birth or at any point afterwards.