We have had some lovely fundraisers supporting Twins Trust’s Bereavement Support Group and we want to say a huge thank you to them all and share a few positive fundraising stories for bereaved families.

Sam and Philippa. In memory of Chloe

When there was discussion of doing a run and fundraising for Twins Trust, I jumped at the opportunity. The bereavement group has been a lifeline to me through such difficult times. Read why Sam ran 10k for Twins Trust.

Sharon Darke. In memory of Charlie and Joshua.

Sharon held 18 special events over 18 days to mark the 18th birthday of her boys. She was supported by Twins Trust when she sadly lost her boys and is now our bereavement group coordinator. Read Sharon’s story…

Lizzie Woolnough. In memory of Beau.

“We lost one of our beautiful boys, Beau to TTTS. We are so lucky that his brother Wilfred survived and is now thriving, happy and healthy. We can think of no better way of honouring the son we will sadly never watch grow.” Lizzie ran a half marathon and raised £460.

Emma Dutton. In memory of Elijah.

Emma Dutton and her husband ran the Great Midlands Fun Run to raise money for our TTTS appeal in memory of their son, Elijah.
“On 15th Feburary 2016, we had our 18 week scan and found out we were having identical boys! We were then dealt the blow that we were showing signs of TTTS…On February 29th (20+1 weeks) we went for our follow up scan and my little boy lay on the screen not moving, no little wriggles, no little bubbles, and no heartbeat. That image will never leave my memory. He was given the name Elijah. We raised money so that hopefully, in time, no other parents have to lose their babies and no other brothers or sisters have to grow up without their twin.”

Steven Hughes. In memory of his twin boys.

“I would just like to dedicate this run not only to my twin boys but I would also like to dedicate it to my wife Rosanna…No amount of time can heal what happened but we just get through each day together as a family.” Read Steven’s story…

Graham Fletcher. In memory of his sons Anthony and Rory.

“Last year, Libby and I lost our twin sons to TTTS. In memory and to raise much needed funds for the charity, I chose one of the toughest cycle rides in the country to complete” Graham raised over £400 cycling Etapes Du Dales.

Sam Brennan. In memory of Jack and Harley

On one of the hottest days of the year, we brushed up our ball skills and took part in a 12 hour netball fundraiser organised by Sam and her netball club in memory of her twin boys. Read Sam’s story…

“My identical twin baby girls were born unexpectedly on 1/12/15 at 30 weeks gestation. Phoebe was unfortunately born sleeping and Chloe fought on in neonatal but has severe brain damage…I wanted to raise money for Twins Trust’s appeal by asking friends and family to donate at Phoebe’s funeral.”

Do you want to find out more about fundraising events or have an idea for one of your own? Get in touch with our fundraising team to set up a fundraiser for BSG. 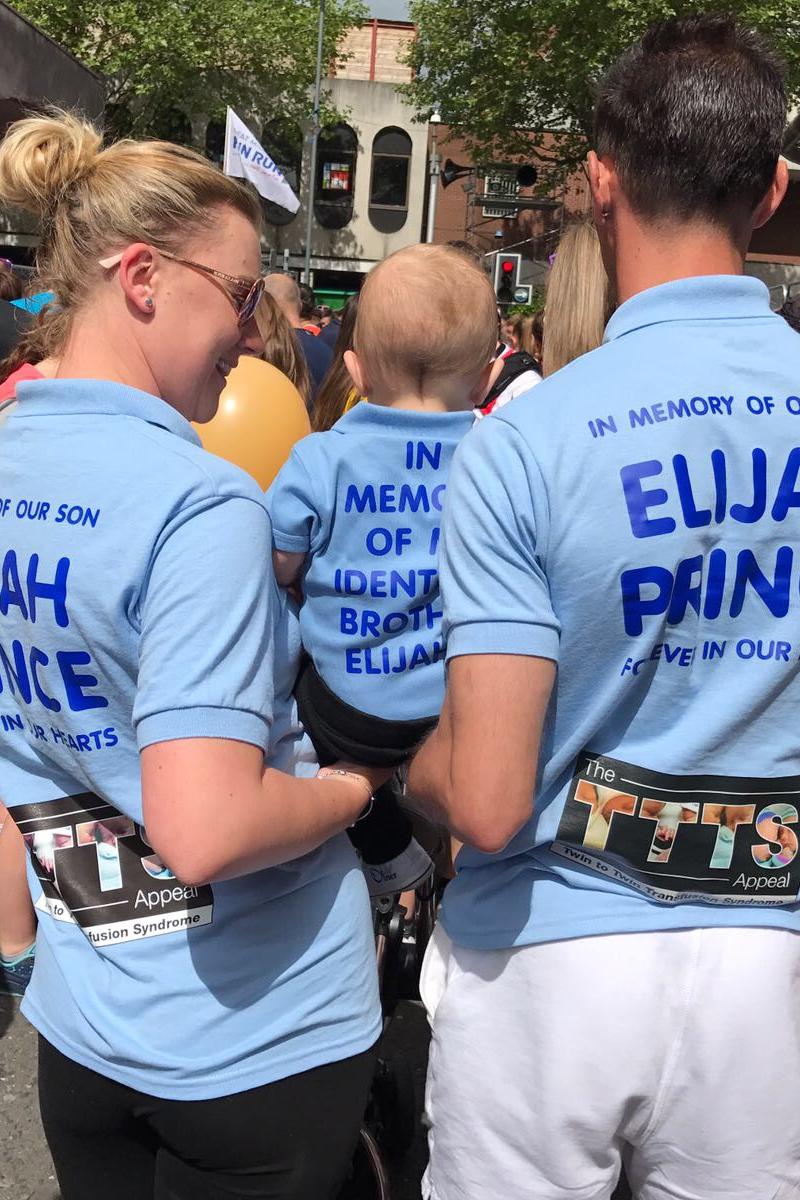