18 Challenges for Charlie and Joshua

On Wednesday 13th September, Sharon and Dominic Darke lit 18 candles on a cake, made a special wish, and celebrated their twin sons’ 18th birthday. The following day, they visited the cemetery to lay 18 flowers – each one representing a year they sadly never saw them grow into young adults.

Although this time of year is always an emotional one for the Darke family, September 2017 will be particularly poignant for two reasons – twins Charlie and Joshua would have turned 18 and their mum will start a special fundraising event in their honour .

Oxfordshire parent Sharon is holding 18 special events over 18 days, starting on the birthday of the boys, to fundraise for Twins Trust’s Bereavement Support Group. Twins Trust supported the Darke family when they sadly lost their boys and Sharon is now the charity’s bereavement group coordinator.

Every birthday is still very hard, but the milestones are particularly difficult

said Sharon. “I know if I wasn’t doing anything, the lead up to their birthday would be a difficult time, but actually this year I’m quite excited to get started.”

Sharon’s 18 challenges include some sentimental and meaningful tasks for the family, such as laying flowers at the cemetery and giving 18 kisses to her two other children, Jess and Samuel. But other days will be physically challenging, such as her 18-mile run on September 17th and her 18-mile bike ride on September 23rd.

“The run on the first weekend will probably be the most challenging,” said Sharon, 43, who lives with her husband Dominic, 42, in Banbury. “In training I’ve been getting up to 15 miles so I’m getting there. It’ll be good though because people will be joining me along the way – some of my running friends are doing it and family will be joining in towards the end, with Dominic in charge of the drink stops. The four of us are doing the bike ride together.”

The 18 challenges will come to an end on September 30th, another poignant date as it was the day before the identical twins’ funeral. The challenges also coincide with the days the twins died – the 19th for Charlie and the 25th for Joshua. Both had been born prematurely at 26 weeks gestation and had only lived a matter of days before sadly passing away.

“I’ve started a blog about my training and fundraising and lots of people have been reading it and sharing it on social media,” said Sharon. “I find it really encouraging that people are reading my story and I’ve received so many supportive and lovely comments.

“ A lady who I know of, but haven’t ever really spoken to properly before, came up to me the other day and said she just wanted me to know she’d been reading my blog and she’d been really touched by it. She had also lost a little girl and ended up really opening up to me about her situation. That really meant a lot.

“There are also people who I’ve known for years who’ve said to me ‘I didn’t realise you’d lost twins’. That’s hard because I know if they’d been alive, I would have been sharing photos on social media and talking about what they’d been getting up to.

“Jess, who is now 17, did really well in her GCSEs and she got A*s, As and Bs. Samuel, who is 15, is doing well in his studies too and they both really like maths. It makes me wonder what subjects Charlie and Joshua would have liked.

“I do talk about them but I still find it difficult seeing twin babies, especially boys. I know they’d be 18 this year, but to me they’ll always be babies, so that’s the hardest part. Of course I’m always happy when I see friends with young children."

When you’re a bereaved parent you never really get over your grief, you just find it a bit easier to deal with.

Sharon is a teacher, but also works part time coordinating our Bereavement Support Group. The community has a closed group on Facebook where parents of multiples can share their stories and console each other in their losses. Some have lost one multiple while their twin or triplets survived. Others have lost all their multiples. Unfortunately, twins are seven times more likely to die shortly after birth, compared to a singleton baby. As well as providing online support the group also offers leaflets on bereavement of multiples and a befriending service. 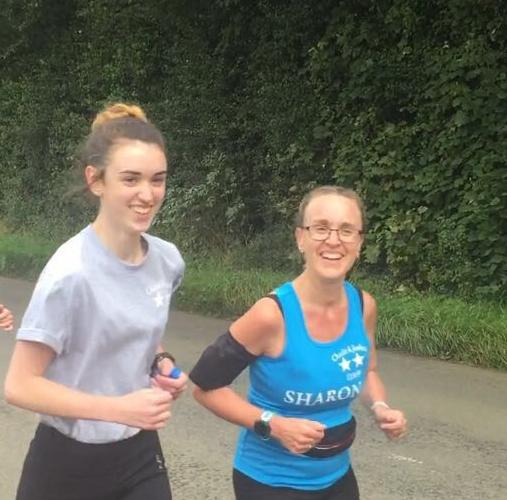