Reasons to love being a parent of twins, triplets and more

Sometimes, it can be tough being a parent of twins or multiples, but it is also hugely rewarding.

Having one child is a big journey to embark upon but having more than one (at the same time!) is incredible and something that we should all be celebrating. 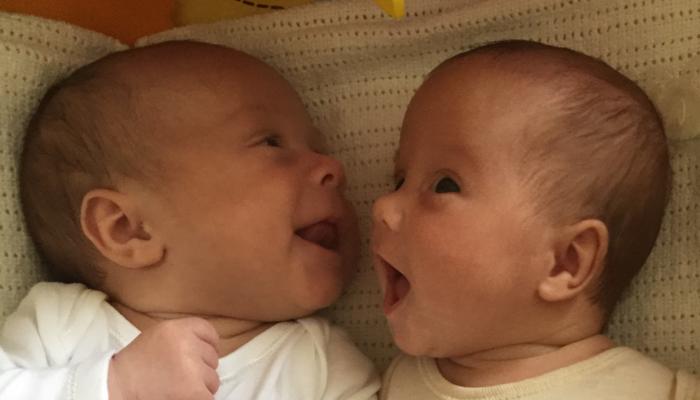 Here’s 9 reasons why being a parent of twins, triplets and more is truly amazing…

That look they give each other, the gestures they both understand and the language they use that you have no clue how to decipher. They know each other like no one else could ever know them. That special bond from birth they will take through life.

Even though twins, triplets & more aren’t exactly on a ‘BOGOF’ offer (the cost most definitely!), you do receive multiple amounts of hugs, laughter and love. The things that make all the hard work and expense worth it.

3. Knowing they always have each other

Who doesn’t want to feel like a celebrity sometimes? Being a parent of multiples attracts a lot of attention and many people are genuinely enthusiastic when they see twins, triplets or more out and about. It may feel tedious and annoying at times, especially when you want to run some errands quickly (quickly…no such thing with multiples, right?) but if people want to treat you like a Rockstar, let them!

5. Being compared to a superhero

“I don’t know how you do it!” That’s an expression we have all heard at some point raising multiples. Friends, family and strangers can be in awe of us as parents of multiples and even though we may be struggling to keep our eyes open or haven’t showered in the last few days, being called ‘Super-Mum’ or ‘Super-Dad’ is going to make you feel a tiny bit smug.

6. Watching individual personalities flourish as they grow together

You’re raising multiple children at the same time, in exactly the same way, yet they have their own individual personalities. Watching them grow into little people with their own unique characters, all the while growing together, is such a special thing to witness.

7. Discovering all their similarities and differences

Twins, triplets and more are always going to share lots of similarities but it’s important to remember their individuality too. They may be identical to look at or may not even look related. They could all act the same or be complete opposites. It’s fascinating to see how they are the same and how they develop in their own ways.

You may sometimes feel that you are living your own comedy sketch show. Multiples offer great entertainment and can make you laugh even when you are feeling tired or low.

9. The special club you become a part of

There is a great sense of community within the multiple parents’ club. There are things only we will ever understand and the support for each other is amazing. Our Facebook groups are a great place to connect with other parents.