After two life-threatening ectopic pregnancies, one miscarriage, two rounds of IVF and a global pandemic, Helen Corsi-Cadmore couldn’t be happier with her gorgeous identical twin girls.

“It has been emotional, that’s for sure,” said Helen, who lives in Cardiff with husband James, her 19-month old twins Bella and Sofia and black lab Stan.

“My message is to people, don’t give up! We went through so much but it was all worth it.” 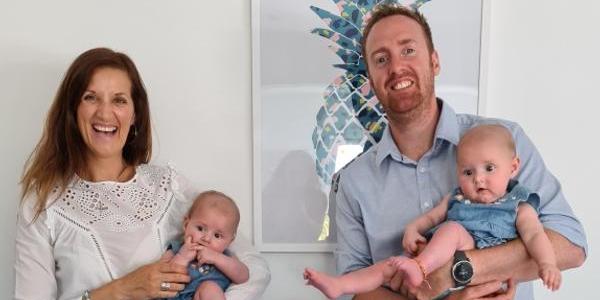 Helen and James had been trying for a year to get pregnant but sadly their excitement was short lived when Helen suffered her first ectopic pregnancy in 2016.

“I’d never even heard of it. I started bleeding, then was in a bit of pain. This carried on and the pain got worse, it was at a time when I was opening a shop and it was my business partner who told me to go home and rest.

“I had some blood tests and then a very stern sonographer, very matter of fact, just said ‘there’s an egg in the fallopian tube’ there was no empathy and I felt really alone. A consultant gave me 10 minutes to decide what to do, medically manage the pregnancy or operate.

“We went down the non-operation route initially, but that night at home the pain became excruciating. I ended up having emergency laparotomy surgery as I was bleeding internally, and I lost my fallopian tube. I was comforted so much by the team at the Ectopic Pregnancy Trust, such a lifeline for me at this point

“It took me 3 months to recover mentally and physically from this trauma and nine months before we thought about trying again. After taking fertility drugs I became pregnant again, but then I miscarried the baby.

“We were advised to go down the IVF route – I’ve such a phobia of needles that this really worried me but we got seven eggs and one made it to blastocyst, only for this to result in another ectopic pregnancy.

“The bleeding started when we were on a mini city break in Poland, but that day we’d gone to Auschwitz; it was all so horribly depressing.

“The nurses at the IVF clinic knew me by now and my history, and this time I had keyhole surgery for the ectopic pregnancy and lost my other fallopian tube.”

Helen had some counselling and felt ‘mentally prepared’ to go through IVF again.

“This time only two eggs were collected but only one could be transferred. At seven weeks we got the news that the egg had split – twins! How lucky were we?

“But I couldn’t enjoy it. I was constantly worried something would go wrong. I was told from the start that this was a higher risk pregnancy, the girls shared a placenta.

“I was scanned every two weeks and had brilliant care at the University of Wales Hospital in Cardiff, but every time I asked ‘is there a heartbeat?’ I was just so worried.

“James did all the research and found Twins Trust. We did a course in January 2020 and made some wonderful friends, but it wasn’t until I had my babies in my arms that I started to relax.”

“So I had my beautiful babies on the Friday and we were home on the Monday and it felt like we were just left to get on with it!

“In those first six months I really did not cope very well. We couldn’t see anyone and did not have the physical support of family. Just asking someone to watch the babies when you have a shower or go to the loo, simple things. I really missed human contact, it was a tough time.

“We saw the health visitor twice and we booked onto some of the Twins Trust webinars – it’s great that they are recorded because I couldn’t attend one as the girls were playing up!

“Now we feel we have come out the other side. The girls are walking and talking and we’re enjoying every single moment.” 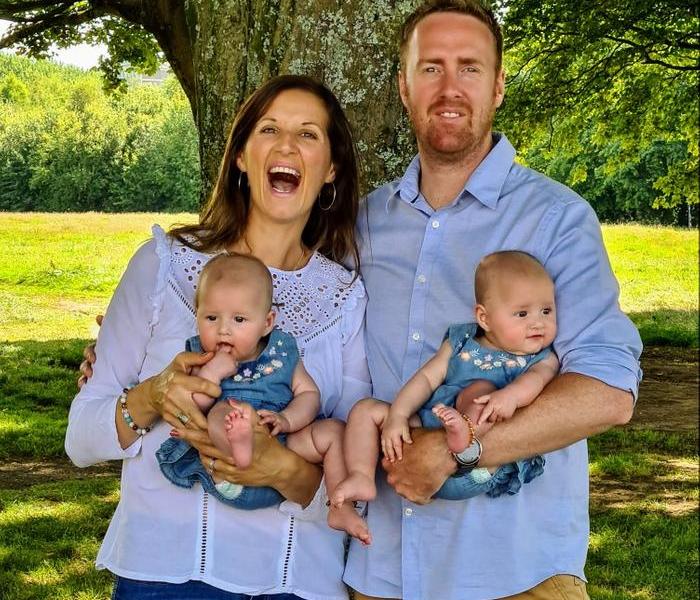 We're here to support you every step of the way along your journey with twins, triplets or more.