HELLP Syndrome whilst pregnant with twins

TWIN mum Catherine Mutch showed no signs of the life-threatening HELLP Syndrome – but then the signs are difficult to spot.

Catherine wants to share her story to raise awareness of the condition, not to scare people as HELLP Syndrome is rare. Her fraternal twins Grace and Amelia are now 18 months and doing well.

“I went into hospital towards the end of my pregnancy thinking I could be in early labour as I’d had some bleeding,” said Catherine.

“I had some checks, my blood pressure was OK, slightly high but nothing to be overly concerned by. I’d had some pain around my ribs but I put it down to the babies being so big and moving, kicking me with their feet as I was 35 weeks +5.

“It turns out this pain was actually my liver, which was starting to fail because of HELLP. Then a urine sample showed protein in my urine, but these tests did not match my blood pressure checks, so it was all a bit confusing.

“I was kept in during the day and it got to 5pm. I could smell everyone having their tea, but a midwife said would it be OK if I didn’t eat anything, just in case.

“I really wanted to have a natural birth, but a scan showed this wasn’t likely to happen because of where the twins were in my womb and I signed a consent form for a c-section.

“Then something must have happened with the checks because I was very quickly taken into theatre and given a general anaesthetic.

“HELLP Syndrome had been diagnosed and they had to get the babies out to save me as my liver was failing and my platelets were low. They could not do an epidural as this could have led to a bleed on my brain.

“I was so out of it when I came round, it was a huge shock as the pregnancy had been progressing so well. I can’t remember the first three days. I’m upset that I couldn’t have skin to skin with my girls or try to breast feed straight away.

“Harry, my partner was with me throughout so he’s had to tell me everything that happened.

“One of the midwives at Bolton Royal Infirmary, where I had the girls, said this was only the second time in 35 years that she seen anyone with HELLP Syndrome.”

Grace weighed 5lb 2 at birth, and Amelia 4lb 8 and were only in hospital for five days. Catherine gave birth on March 19th 2020 and she came home with the babies on March 24th, just as the country went into the first lockdown.

“In a way the lockdown meant I could bond with my girls, but I’m still sad I missed the birth. It was good Harry could stay around because if it had been a week later that would not have been the case because of Covid.”

HELLP Syndrome usually occurs towards the latter stages of pregnancy, or afterwards, and can be life-threatening, so it is important to seek medical help urgently. 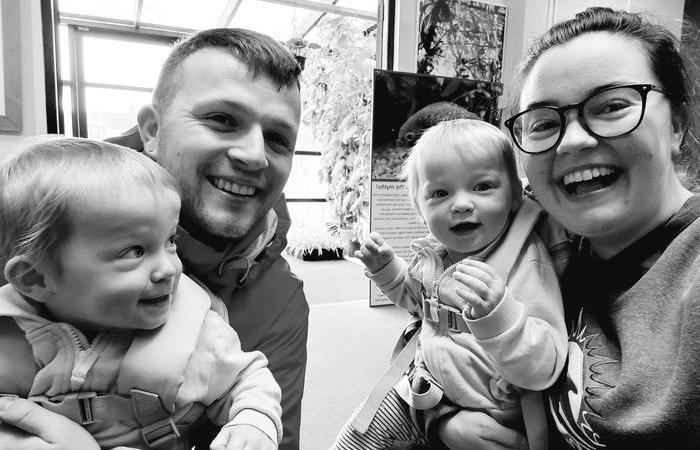