It wasn’t the birth Sarah Ward had planned, but her three-year-old twins Evie and Oliver love hearing the story of how they were born 10 miles apart!

Their dramatic arrival happened one quiet day in February 2017, five weeks before their due date, when mum came back from shopping and started to experience some pains. 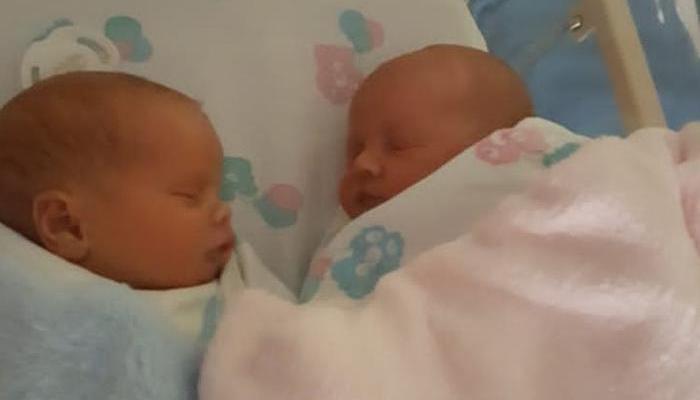 “I’d unfortunately had pelvic girdle pain throughout a lot of my pregnancy and needed to walk with crutches so being in pain a lot of the time wasn’t that unusual,” said Sarah from Norfolk.

“When I got back from the shops that day, I decided to have a warm soothing bath.

“But that’s when contractions started, and I had a sudden urge to push. My husband James called an ambulance and panic started to set in when Evie’s feet popped out still in their sack!

“Evie would not wait, and she was born in our living room helped by my husband, my mum and eight paramedics!”

But twin 2, Oliver, showed no signs of making an early entrance and had in fact turned in Sarah’s womb now he had lots of room.

Sarah was blue-lighted to Gorleston’s James Paget University Hospital where he was delivered by emergency c-section as he was transverse breach.

So, while the twins have the same birthday, they came into the world ten miles apart, after two separate labours.

Evie was born at 3.50pm just as the ambulance and paramedics arrived, weighing 5lb 2oz and Oliver arrived in hospital at 6:12pm and weighed 5lb 5oz. 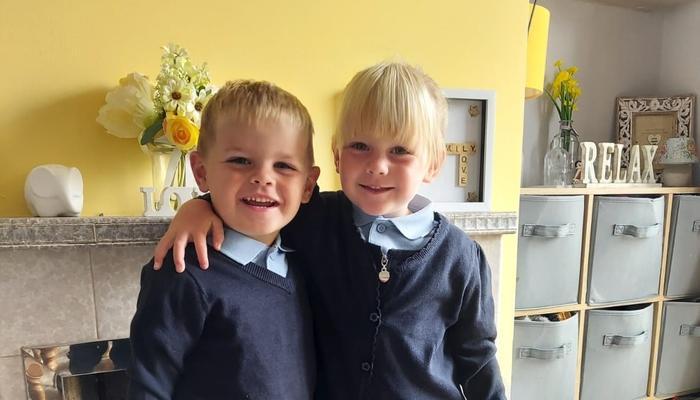 Both needed to stay in special care for a few days before coming home.

Sarah, who also has a six-year-old son Archie, said: “The paramedics, midwives and doctors were truly amazing and couldn’t have done more to keep my babies safe.

“They love hearing the story of their unusual birth!”