Whilst many multiples show no signs of a language delay (which is usually apparent by 24 months of age),
occasionally multiple birth children, particularly if they’re male, may be slower than singletons to develop language.

Typically, they are older when they start to speak and use simpler, shorter sentences. In the majority of cases where children’s language is delayed in comparison to their singleton peers, the difference is mild and resolves by itself as they grow. However language difficulties are often associated with a risk of delayed overall development and less successful academic outcomes, therefore it is important to seek advice early if you have any concerns.

But being a twin, triplet or more can also mean:

Due to language delay in multiples being primarily due to reduced social experiences (in the absence of any
disability), it can normally be prevented or resolved by improving the quality of the language environment.

Ideas on how to do this include: 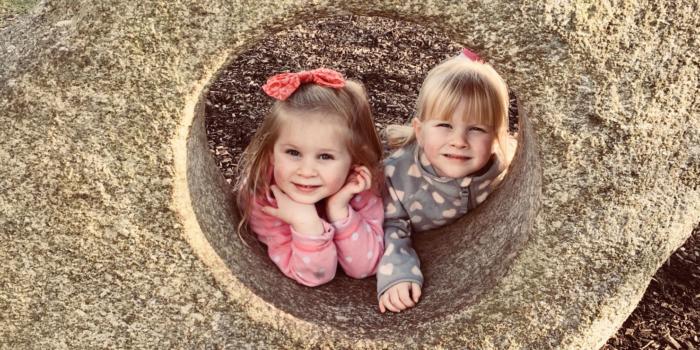 This phenomenon is actually rare, and what you are most likely to come across is the fact that one twin is able to better understand and interpret their twin/multiple’s immature speech. This is developmentally appropriate and has no association with a language difficulty.
It is only in very rare and unusual circumstances that multiples continue to use a private language exclusively and advice should be sought at this point.

Playing with your twins, triplets or more also helps with their development. We have tips and ideas for you in our play booklet. 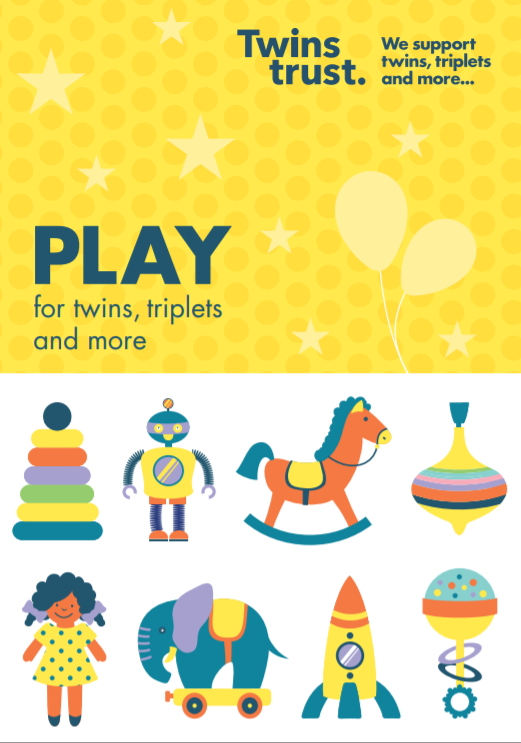