Whether your babies are identical or non-identical depends on how they were formed.

Non-identical twins are created when a woman produces two eggs at the same time and both are fertilised, each by a different sperm. The fertilised egg is called a zygote, and these non-identical twins are known as dizygotic or fraternal twins, because they grew from two separate zygotes. The babies are no more alike than any other brothers or sisters, and may be both male, both female or one of each.

Identical twins occur in about one-third of multiple pregnancies. Known as monozygotic twins, a single egg is fertilised then splits into two (or, very rarely, three or more) creating identical babies with the same genes, physical features and sex. They may or may not share a placenta. Characteristics such as size and personality depend on non-genetic factors, so may be different.

Triplets and higher order multiples are formed this way too but may be in different combinations. For example, you may have a set of triplets where two are identical and one is not.

This diagram shows the different combinations of placentas and amniotic sacs. 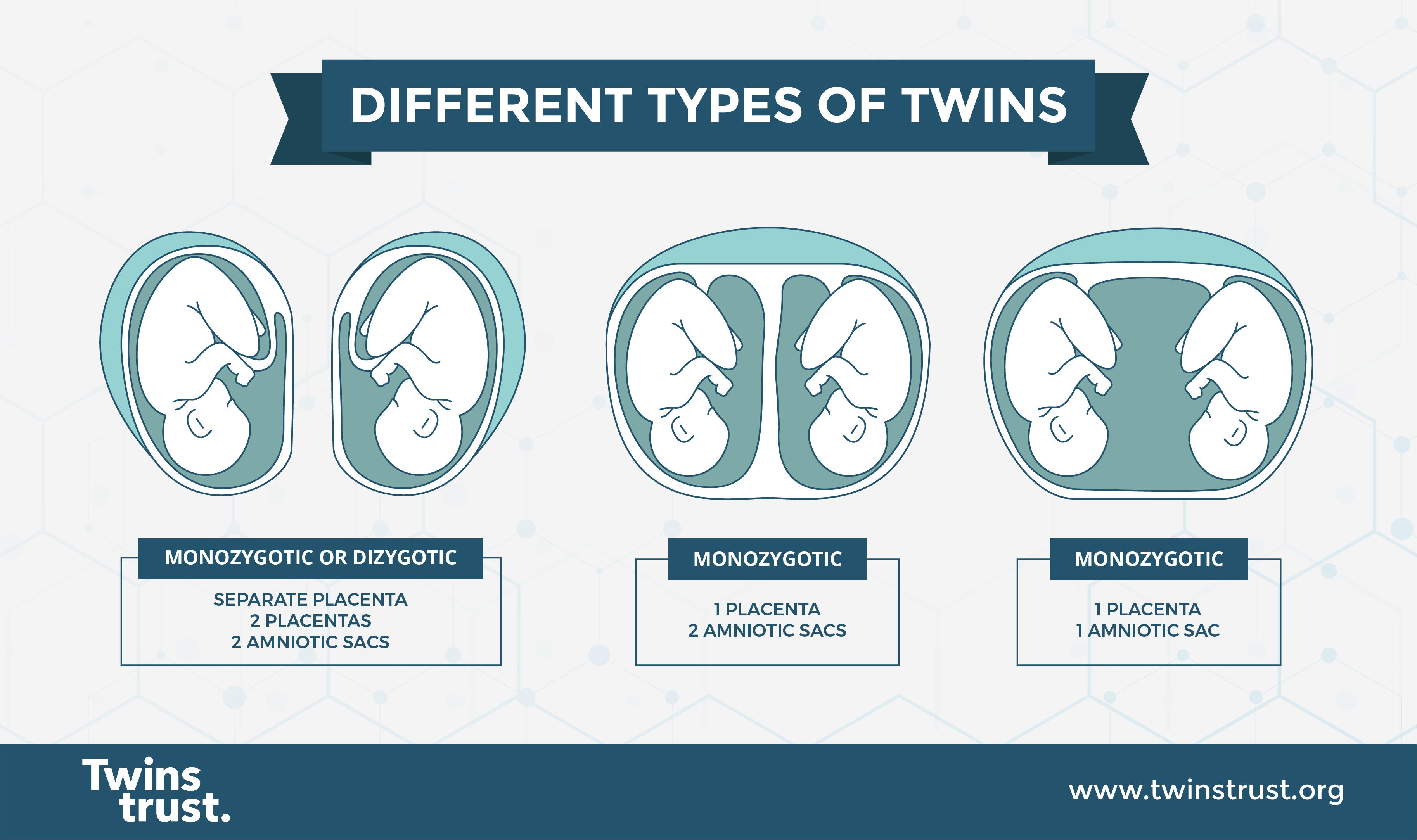 Twins Trust has an informative free webinar offering support and advice to pregnant women and their partners at the start of their pregnancy journey.

We're here to support you every step of the way along your journey with twins, triplets or more.